Mars 2020 Perseverance Launch and the Tradition of Good-luck Peanuts 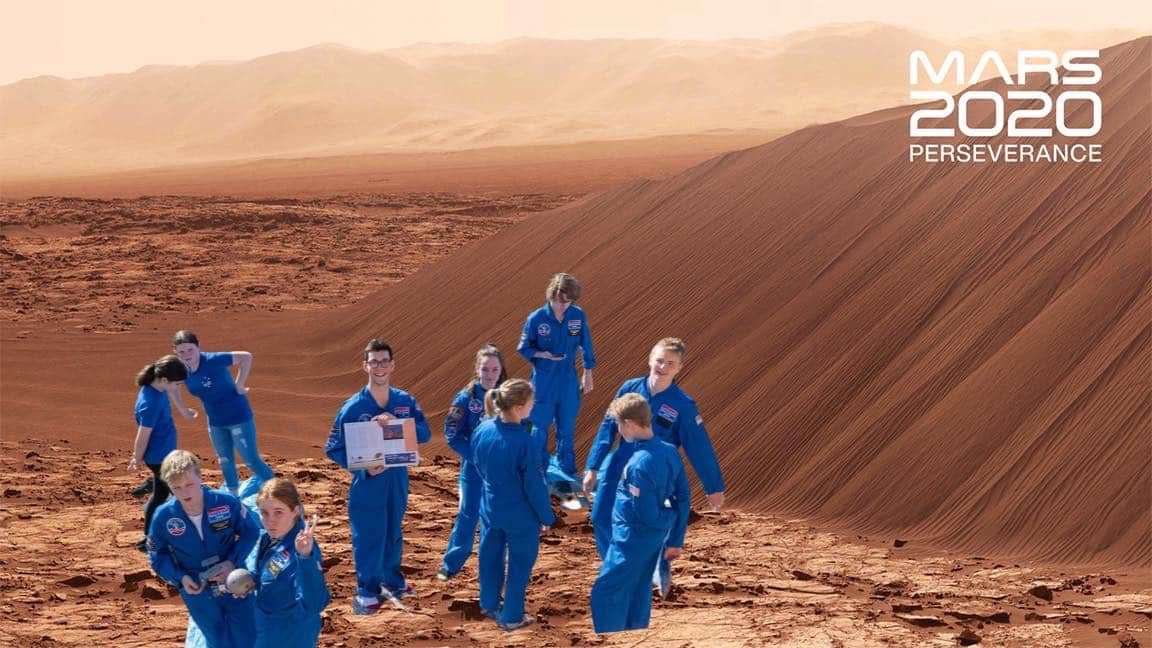 The One Giant Leap Australia Foundation Student Ambassadors were in their homes watching the recent live Mars 2020 launch, but they were still able to share their joy and excitement with each other via Messenger.

While watching the broadcast and waiting nervously for the launch, they kept a close eye out to see if they could spot their great friend from NASA Jet Propulsion Laboratory (JPL) – Todd Barber who was working in Mission Control for the launch. Todd is a wonderful supporter of One Giant Leap Australia Foundation. He volunteers his time to inspire Australian students in teleconferences from his workplace in Pasadena. He sent us a picture of him at one of the training days in the lead up to the launch day! (See below)

Founder and director of One Giant Leap Australia, Jackie Carpenter also educated the Student Ambassadors about the significance of Good-luck peanuts. Todd reported that there was a slight change to the long running tradition this time due to Covid-19 restrictions. Instead of sharing a jar of good luck peanuts in Mission Control, they each had their own small packet. Many supporters and associates, including Rachel Zimmerman Brachman from NASA JPL, also indulged in their own good-luck peanuts while watching the launch. You can never have too much good luck!

(Read about the tradition of Good-luck peanuts here: solarsystem.nasa.gov/lucky-peanuts/)

After lift-off, Jackie and one of the extremely knowledgeable student ambassadors Josh, gave the rest of the group lessons about what the different terms such as MECO, Max Q, perigee and apogee values meant. There was so much excitement, but it was a real learning opportunity too. Some of the ambassadors were also using the launch event to educate their family members.

Student Ambassador Shalin spoke of the experience: “This was the MOST amazing thing ever. I was so emotional throughout the whole process because even though we have sent things to other planets before, this was the first time I was old enough and aware enough to truly understand the significance. So, this was extremely exciting for me and I can’t wait to see what Perseverance brings back to us and what we will learn from that”.