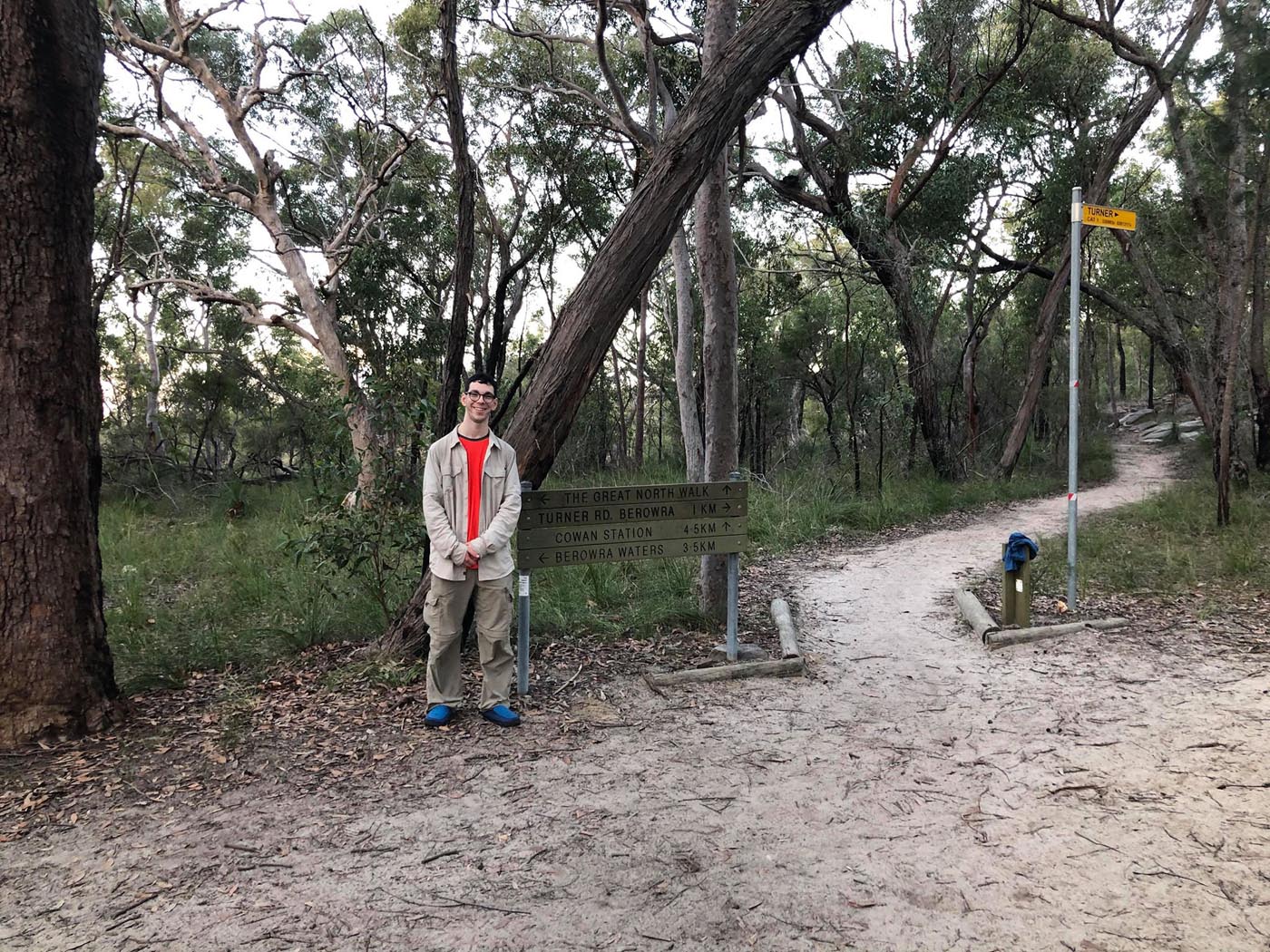 One Giant Leap Australia Foundation Student Ambassador Ezra recently completed a multi-day hike for his Duke of Edinburgh Gold Level Award. The walk started at Thornleigh train station and ended nearly eighty kilometres, and six days later at Wondabyne station. This walk covers a number of sections of the Great North Walk, which extends between Sydney and Newcastle.

Ezra said the terrain was challenging with a lot of rugged ascents and descents along the way, with little relief in between. During some of these sections Ezra said he felt quite nervous about his ability to complete the walk when the sections classified as moderate were extremely challenging, and he knew they had sections classified as hard in the days to come. Despite his nerves and the difficulty of the walk, Ezra rose to the challenge and completed the walk. In the end he said although it was really tough, it wasn’t quite as bad as he feared.

Overall, Ezra found the experience extremely rewarding. “The best parts were the awesome people I went with, the many stunning views we enjoyed along the way, which were a reward after the difficult climbs, and the sense of achievement of completing such a tough challenge.”