The Gathering Part One: Sunday and Monday 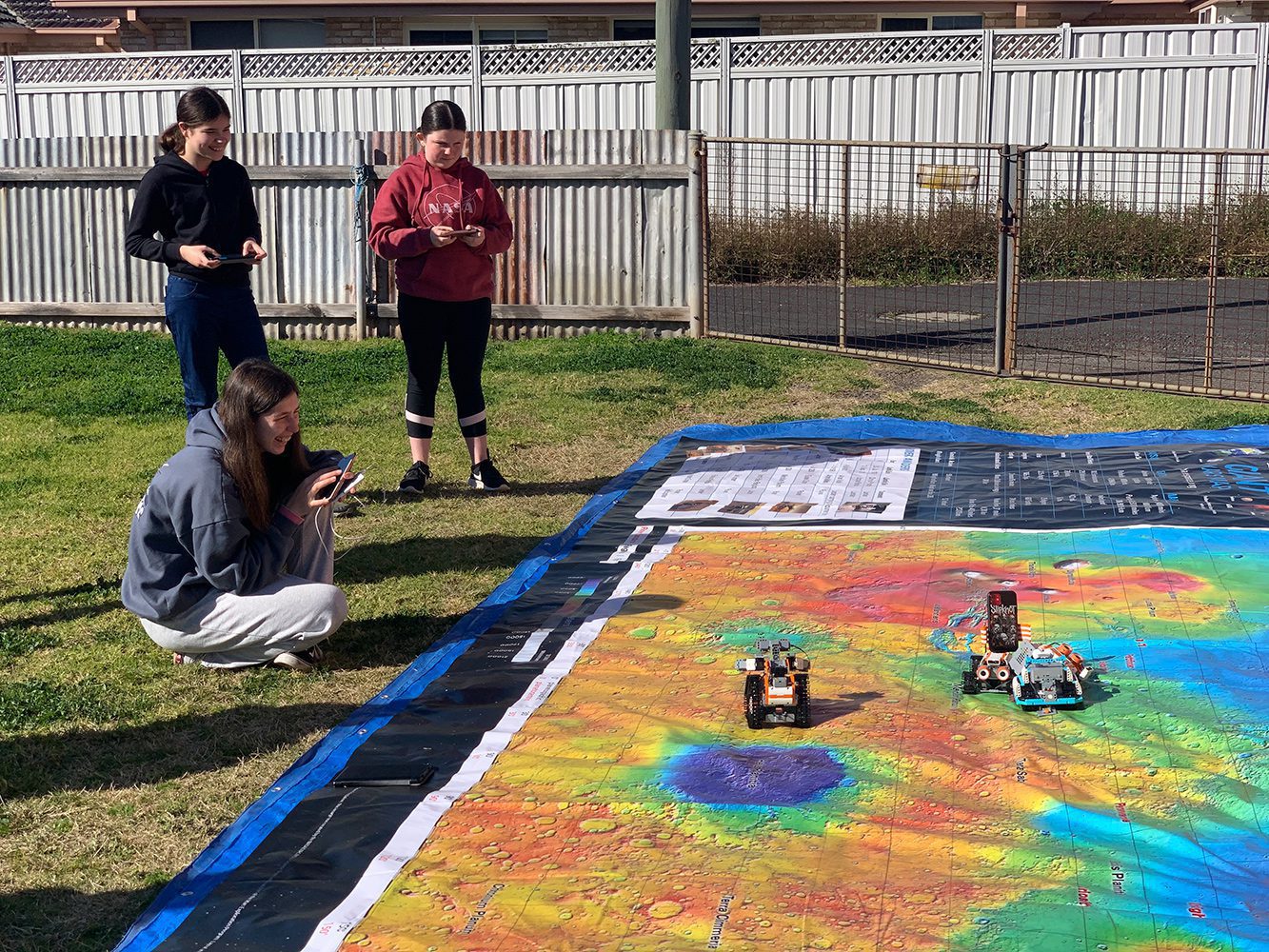 ‘The Gathering’ is the name given to the most recent Future Leaders Academy event. One Giant Leap Australia Foundation student ambassadors have come from all over New South Wales to gather with some of their fellow ambassadors. Some know each other from when they attended our Space Camp USA Tour. Some have also met at previous events. Others are meeting each other for the first time.

The ambassadors began arriving on Sunday and mainly focused on settling in and getting organised for a huge week ahead. On Monday other Ambassadors arrived and things began in earnest. During the morning some of the ambassadors had the opportunity to be interviewed by communicator and storyteller Michael Daroven, for a podcast he is developing. This was a great opportunity for the kids to express themselves and gain confidence in speaking in this kind of format.

Some of the ambassadors assisted with measuring potting mix needed for an upcoming One Giant Leap Australia Foundation project seeds in space. Wattle seeds are being sent up to the International Space station for six months. Once they return, some of the ‘space’ seeds, along with a control group of wattle seeds which did not travel to space, will be sent in a seed raising kits to numerous Australian schools. Once the schools receive their kits they will grow the two lots of seeds side by side for comparison to see if there were any effects on the seeds from their sojourn into space.

The ambassadors had so much fun operating the four UBTECH robots. The robots are great because they come in a kit to be built. Once they are built, the robots are operated via an app on a phone or tablet. They can run immediately with basic moves built into the app, but it also has options to create new commands and movements through basic coding. They spent some time learning how to operate the robots before we moved outside to use them on the Mars mat. We are all so excited to have the first Aldrin Foundation Mars mat in Australia. We also have a Moon mat which the ambassadors will be using later in the week. While outside the Ambassadors also had a chance to test out a variety of remote-controlled mini drones, hover crafts and submarines.

Back inside some of the ambassadors trialled an experiment to replicate how craters are formed on the surface on Mars based on the heating of ice below the surface. The first experiment didn’t go according to plan, so the kids brainstormed some ideas on how to improve the results. The second trial was far more successful. Other ambassadors spent time designing a game using questions about space.

The first day was so busy but so enjoyable and a great learning experience. Through the activities the ambassadors are honing their leadership and negotiation skills, practising critical thinking and problem solving and growing in confidence.

See some videos of the day here: YouTube channel