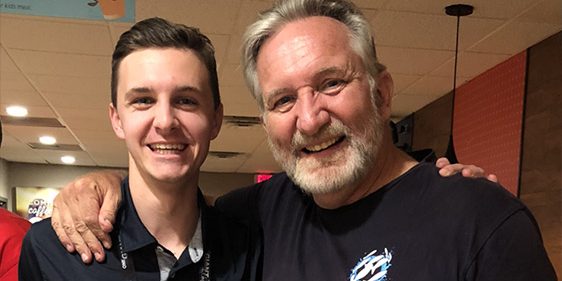 Matthew has a passion for aviation and military history. He is working towards a career in aviation as a pilot, either in the Royal Australian Air Force, Royal Canadian Air Force or as a commercial airline pilot.

Matthew enjoys sport and has twice represented the NSW Christian Schools Sport Association Western Region at State swimming. In the winter months, he loves watching the live ice hockey and is a supporter of the Vancouver Canucks.

What the One Giant Leap Australia Space Camp opportunity means to me:

As a 17 year old, this is an incredible opportunity for me to experience NASA, Northrop Grumman and The Spaceship Company and develop connections with amazingly talented scientist and engineers who share my interest.

“Don’t wait for an opportunity, create it.”